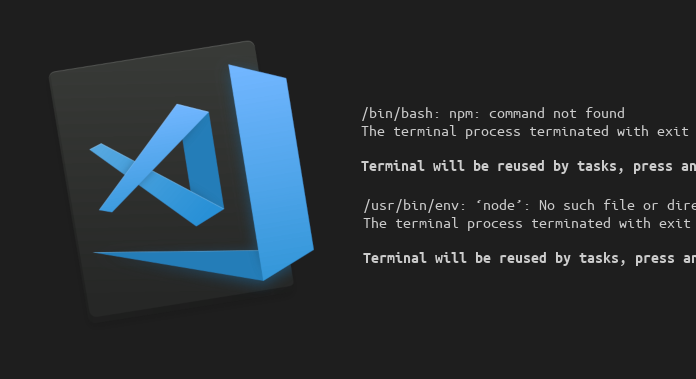 Putting the ubuntu system back together, I met a new problem I did not know. When I wanted to run the task in VSCode, but there was such a message in the console:

This should not happen because I had the node version manager already installed and downloaded the latest node with npm.
At the beginning I found out that this may be some error in the task, so I tried to run the script with node without npm, but unfortunately another error appeared:

I started to guess that bash which is run on the task does not load the .bashrc startup file. I made a simple check by creating a task that displays the variable set in .bashrc. Nothing appeared so now it was sure that this is the reason why node and npm not running. When looking for a solution, I found the code in the .bashrc:

The code above stops executing the rest of the code if bash does not start in interactive mode, so the node version manager has not been initialized. (It was added at the end of this file.)
The fastest solution is to force vscode to run tasks in this mode. After a few minutes of searching I found a field in the settings:

Now the tasks start correctly and everything works again without any complaints. :)